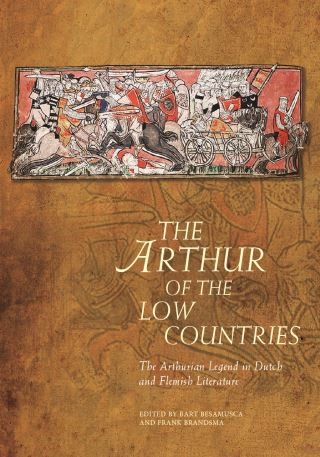 The Arthur of the Low Countries

The Arthurian Legend in Dutch and Flemish Literature

In the medieval Low Countries (modern-day Belgium and the Netherlands), Arthurian romance flourished in the thirteenth and fourteenth centuries. The Middle Dutch poets translated French material (like Chrétien’s Conte du Graal and the Prose Lancelot), but also created romances of their own, like Walewein. This book provides a current overview of the Dutch Arthurian material and the research that it has provoked. Geographically, the region is a crossroads between the French and Germanic spheres of influence, and the movement of texts and manuscripts (west to east) reflects its position, as revealed by chapters on the historical context, the French material and the Germanic Arthuriana of the Rhinelands. Three chapters on the translations of French verse texts, the translations of French prose texts, and on the indigenous romances form the core of the book, augmented by chapters on the manuscripts, on Arthur in the chronicles, and on the post-medieval Arthurian material..